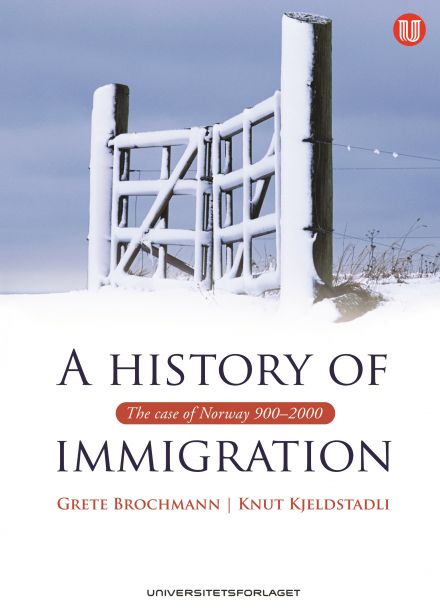 A History of Immigration

Who came throughout the ages, from Irish thralls to Somali refugees? How did the various types of state and resident population at any time react to newcomers? What have immigrants contributed to Norwegian society and culture? How have the long term processes of assimilation developed? Which groups have kept themselves as distinct ethnic minorities?
This book offers a short and comprehensive history of immigration into the Norwegian area, from the Middle Ages to the present. It is intended for students, newcomers and those interested in Norwegian past and present-day society. With respect to several dimensions, Norway is treated as a particular "case"; thus the book also addresses scholars concerned with the study of migration in general.

1 Medieval immigration, ca. 900 to ca. 1500
2 Migration in early modern Norway, ca. 1500 to 1814
3 Newcomers in the era of the nation state, 1814 to 1940
4 Migration and migrants in a modernizing society
5 Minorities and state policy, 1814 to 1940
6 The migrants of the Second World War
7 Postwar growth and open borders
8 Immigration and immigrants in the 1970s
9 Asylum seekers: the third wave
10 Under the wings of The Good State
11 Encounters within the nation
12 The 1990s: Control policy and internationalization
13 Towards a new century
14 The making of multicultural Norway
The long story, 1100 years of immigration