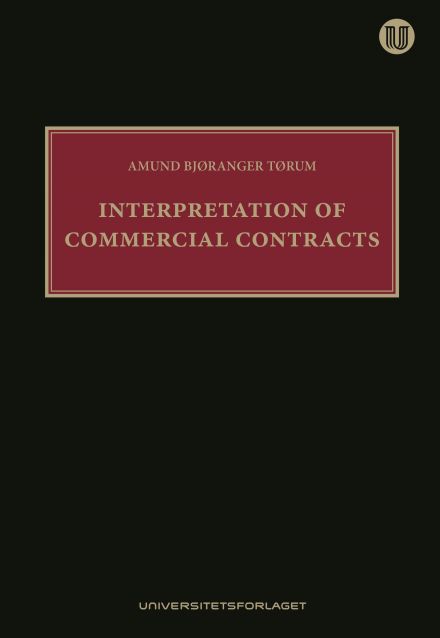 Based on a synthesis of the case law, the key questions and their order in the interpretation process are formulated in certain key tests. Comparative observations are used as a benchmark.

The author lays out the rationale for and key features of the golden rule of «objective interpretation» in a Nordic and historical-comparative context and identifies the relevance and relative weight of the different elements that can serve as an aid in the interpretation of contracts. The effect of the system of the contract («the contract as a whole») and the background law is carefully addressed.

The book elaborates on a crucial question in disputes on the interpretation of contracts: on what basis can the solution that follows from an objective interpretation be deviated from? What threshold applies, and what is the relationship between the objective interpretation and the common understanding rule, the burden of proof, the standard of proof, presumptions etc. The relevance and weight given to «business common sense» and «hypothetical» intentions are also addressed, as are certain topics relating to unforeseen events in long-term contracts, the relationship to the doctrine of failed assumptions and the effect of entire agreement clauses and sole remedy clauses under Norwegian Law.

Amund Bjøranger Tørum (born 1975) is cand.jur. (2001) and dr. juris (2006) by education and is admitted to the Norwegian Supreme Court. He is head of energy and dispute resolution in the law firm Schjødt and is editor-in-chief of the Norwegian Journal of Commercial Law. He has previously been an associate professor and postdoc, and he participated in the Study Group on a European Civil Code.