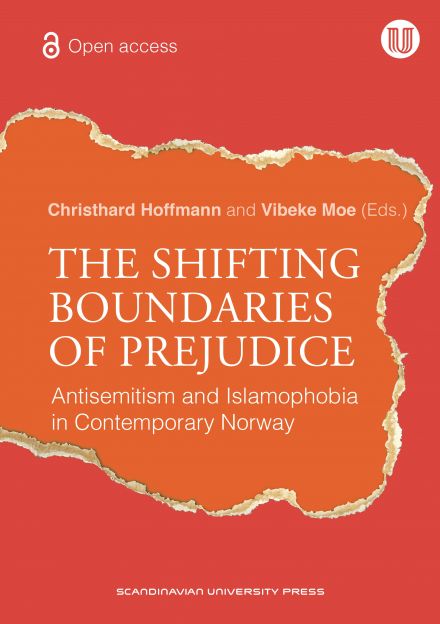 The Shifting Boundaries of Prejudice

Antisemitism and Islamophobia in Contemporary Norway
In recent years, harassment and violent attacks against Jews and Muslims have become issues of concern in many Western countries. However, antisemitism and Islamophobia are often framed as essentially different phenomena, not least as a result of political polarization and deeply divided opinions on both immigration and the Israeli-Palestinian conflict.

The present volume challenges this view and argues that antisemitism and Islamophobia are largely related phenomena and linked to xenophobic ideas in the general population. The study is based on varied and comprehensive survey data about attitudes towards Jews and Muslims in Norway, including the attitudes and experiences of the two minority groups themselves. Moreover, it supplements survey analysis with qualitative research, exploring the discursively constructed boundaries of what can or cannot be said about Jews and Muslims. Focused on the rich material of the Norwegian case, the volume thus offers new perspectives for the study of prejudice in general.

Christhard Hoffmann is Professor of modern European history at the University of Bergen and Senior Researcher at the Norwegian Center for Holocaust and Minority Studies in Oslo. He has developed special research interests in the history of migration and minorities; antisemitism and Jewish history; the public uses of history and memory. Recent publications include The Exclusion of Jews in the Norwegian Constitution of 1814 (editor, 2016); Migrant Britain. Histories and Historiographies: Essays in Honour of Colin Holmes (co-editor, 2018).
More about the author

Vibeke Moe is Research Fellow and Project Coordinator at the Norwegian Center for Holocaust and Minority Studies. Moe's fields of research include antisemitism in contemporary Norway; Muslim-Jewish relations; historical consciousness and identity among Jews and Muslims in Norway. Among her recent publications are Attitudes towards Jews and Muslims in Norway 2017 (ed. with C. Hoffmann, 2018) and "Hvis de hadde oppført seg som vanlige nordmenn, hadde alt vært greit, tror jeg", FLEKS-Scandinavian Journal of Intercultural Theory and Practice, 3:1 (2016) (with C. Lenz, I. Levin and C.A. Døving
More about the author
Choose sharing option
×