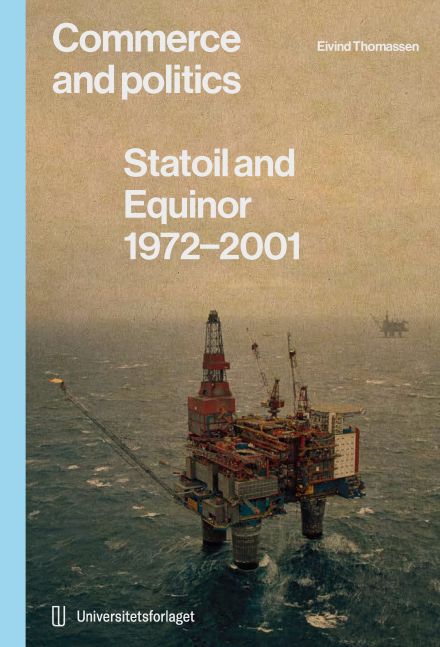 Equinor was established in 1972 as Den norske stats oljeselskap a.s., and quickly became known as Statoil. The company was founded as a wholly state-owned operative oil company - a means of achieving political goals. In the years leading up to its partial privatisation in 2001, the company was carried forward, shaped and defined by its role as an instrument of the state.

Statoil's development was influenced by the objectives the state set for the company: Statoil would both spearhead and facilitate a new, Norwegian oil-based industry, while simultaneously safeguarding the state's commercial interests within the oil industry. These were objectives that would come to pull in different directions in encounters with market changes, technology and politics. Out of tensions and conflicts, a new understanding of the company's objectives and its role as a state instrument would take shape.

Commerce and Politics. Statoil and Equinor 1972-2001 tells the story of the establishment and development of the most important company in Norway.

Eivind Thomassen is Associate Professor of History at the University of South-Eastern Norway. He has researched several topics within Norwegian economic and political history in the twentieth century.